The “Beaulieu” villa, planned by Olbrich, was not built in 1901 as an artist’s house. Instead, it was erected for the independent gentleman Georg Keller. During the exhibition "A Document of German Art", objects of artistic craftsmanship from Darmstadt workshops could be viewed and purchased on two floors of the house.

With a projecting open entrance area, a bay window to the north and to the south, as well as with the differently set windows with square bars, the appearance of the house was characterised by an asymmetrical and yet harmonious facade design. The northern semi-circular bay window with stepped window surfaces and the wooden panelling on the upper floor accentuated the facade. A mansard roof reaching deep down on the western side and its dormers with pointed gables formed the upper end of the building. With the arched entrance, the muntin windows framed in dark wood and the wooden panelling in the facade’s top area, the Beaulieu House was reminiscent of Olbrich's early villas during his time in Vienna.

The quarry-stone enclosure, including the wrought-iron elements, has been preserved, as has the entrance gate on Alexandraw­eg, decorated with stylised leaves. The building itself was damaged in 1944 and rebuilt in a very simplified form. Due to further structural changes, even Olbrich’s idea is no longer comprehensible today. 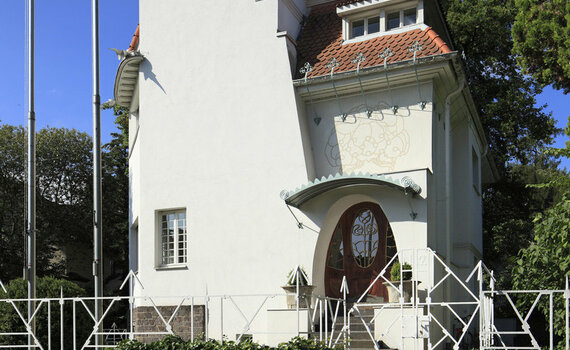 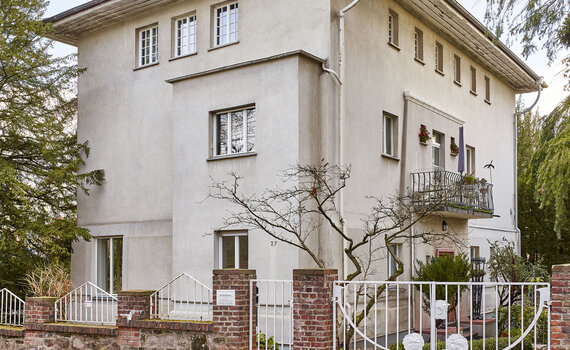