Even more so than at the other residential buildings in the 1901 exhibition, Olbrich used ornaments extremely sparingly at the Habich villa. The cubic structure is dominated by white plaster surfaces. Above the centrally positioned entrance in the west is a balcony. Like the loggia once located above it and the mezzanine windows set in a row, it is cut into the facade as an unadorned section.

The shadow lines of an only hinted-at plaster projection draw a centre upon the white facade, the sides of which are windowless. The lower-positioned studio on the north side with windows originally pointing diagonally upwards for functional reasons was replaced by a plain unadorned projection during the rebuilding phase. With this asymmetrical distribution of surfaces and openings, which is still recognisable today, a tabular appearance of the facades was created. The windows are designed according to their respective function. The cubic form, the once flat roof with retracted roof terrace and prominently projecting roof overhang were reminiscent of villas in the Mediterranean region, which is why this building was also called the "Italian house".

The quarry-stone enclosure with wrought-iron elements has been preserved, as has the entrance gate on Alexandraw­eg, decorated with stylised leaves.

The former Habich residential building was damaged in the Second World War and repaired in a simplified manner. The flat hipped roof instead of the original extremely modern flat roof is particularly inconsistent. 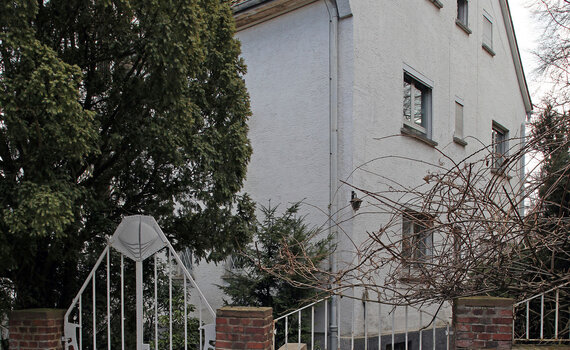 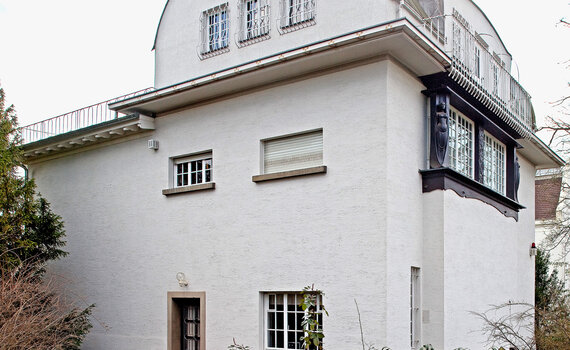