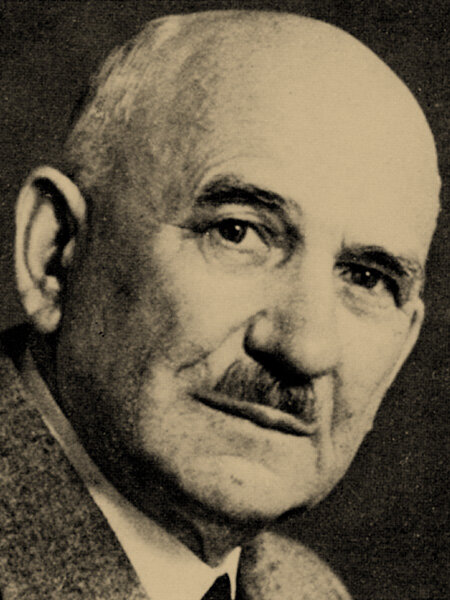 Müller was trained as a carpenter in his father’s workshop; he then worked in various places, first as a furniture maker, then as a draftsman in large companies. At the same time, he attended the Kunst­gewerbe­schulen (schools of arts and crafts) in Mainz and Dresden to become an interior designer. Afterwards, Müller was appointed as teacher to the Kunst­gewerbe- und Hand­werker­schule in Magdeburg. In 1906, Müller was appointed to the artists' colony in Darmstadt. Together with Joseph Maria Olbrich, he was responsible for organising the Hessian State Exhibition of Fine and Applied Arts of 1908 on the Mathildenhöhe. Here, only a few years later he was able to build his own house in a prominent location. At the last exhibition of 1914 he was artistic director. Even after the First World War, Albin­müller, as he called himself as an artist, worked as an architect, dealing intensively with designs for wooden houses. 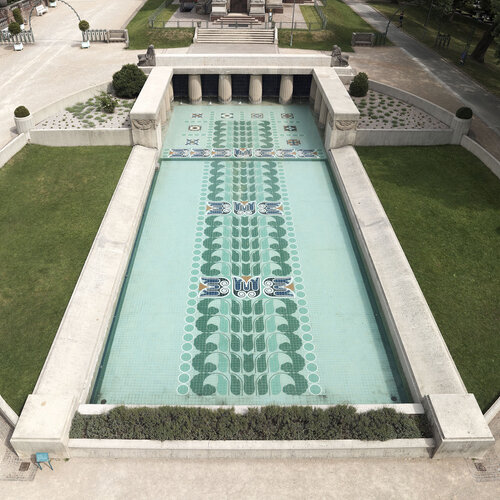 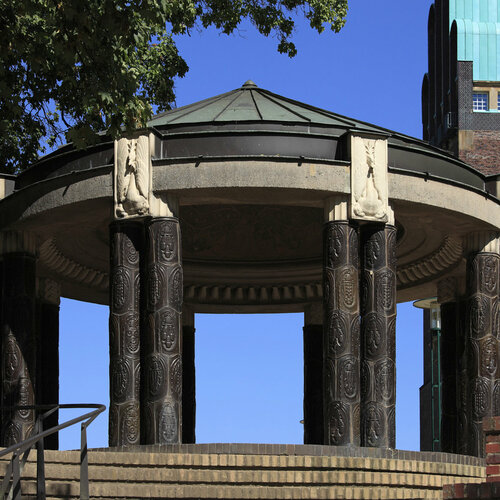 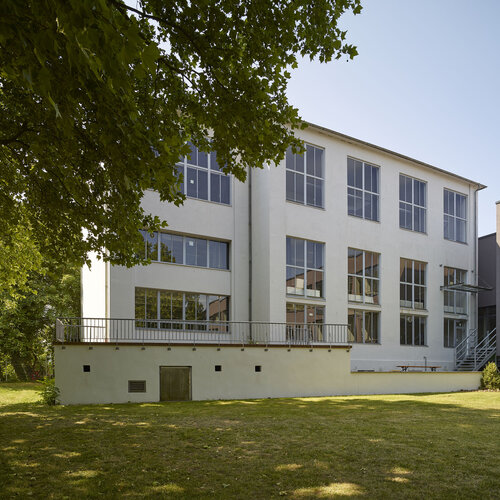