For the Artists’ Colony Exhibition of 1914, Albin Müller (1871–1941) took up Joseph Maria Olbrich's idea, which had been handed down as a sketch, of placing a large water basin in front of the Russian Chapel. Stylistically, the church building consecrated in 1899 is a solitaire in the artists' colony built between 1901 and 1914. With this basin in front the chapel was meant to be integrated into the ensemble.

With its short, fluted columns, the water basin, enclosed by a low wall, refers to the entrance of the chapel. In addition, the basin’s glazed floor tiles take up the motifs and colours of the chapel’s majolica frieze. The tiles form a colourful pattern of lilies, which is why the basin is also called "lily basin". In addition, the two figures “Mary and Joseph – Rest on the Flight” designed by Bernhard Hoetger at the eastern end of the basin refer to the sacred building behind.

Between 1998 and 2004, the pathways redesigned in 1962 in the style of post-war modernism were restored to the plans of 1914 and the enclosure walls were rebuilt in 2001. The tiles originally produced by the Gail company in Gießen were renewed in 1992. 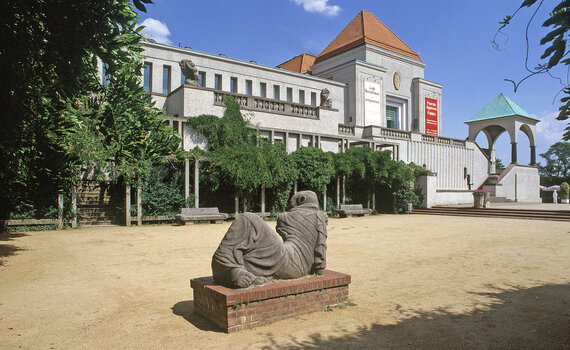 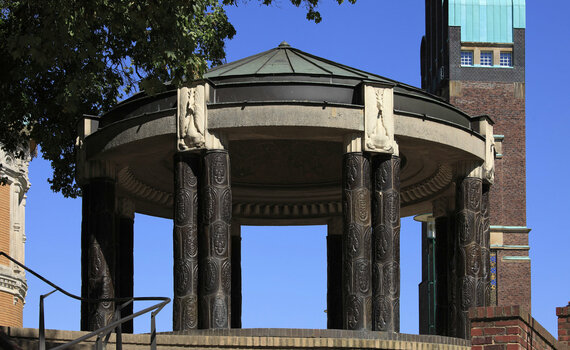