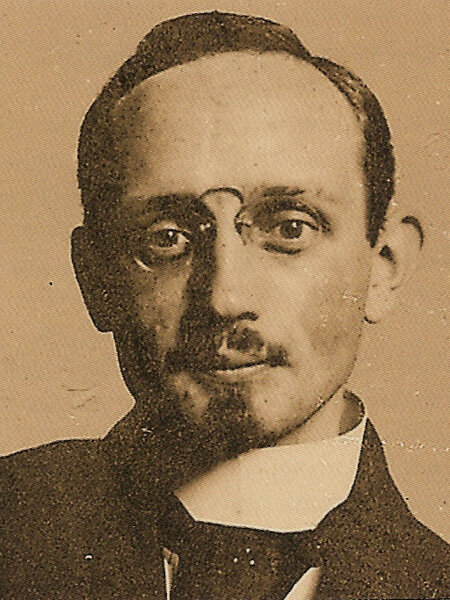 Wende began his apprenticeship as a goldsmith in Berlin in 1905, continued his training in Dresden and studied at the Zeichen­akademie (drawing academy) in Hanau and finally at the Kunst­gewerbes­chule (school of arts and crafts) in Berlin. There he studied under Bruno Paul, who was able to secure him a lucrative commission for the Crown Prince's table decoration. In 1913, Wende was appointed to the artists' colony in Darmstadt, where he succeeded Ernst Riegel. At the 1914 exhibition his goldwork was shown, but also designs for graves. After his service in the First World War, Wende was appointed to the Kunst­gewerbes­chule in Pforzheim, where he was professor until his retirement.