On the open space in front of the Exhibition Hall, two of the four “dark sides” – Hatred and Avarice – made of artificial stone can be found, while the other two sculptures, Wrath and Revenge, are placed on the parapet of the upper level of the massive building. These figures are part of the 15 "Light and Dark Sides" by Bernhard Hoetger, allegorical representations of good and bad human qualities which he designed at the same time as the ensemble in the plane tree grove. Hoetger's designs that he moulded in clay were first cast in plaster and then executed as majolicas. The large limestone sculptures were made for the 1908 exhibition. 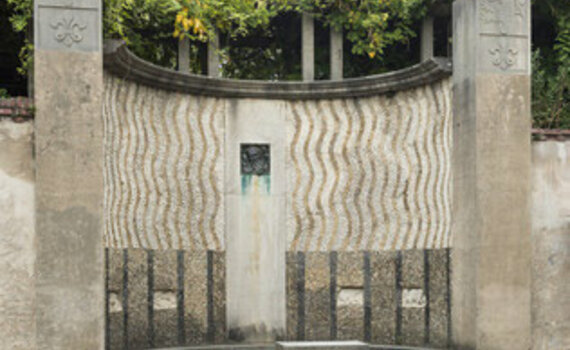 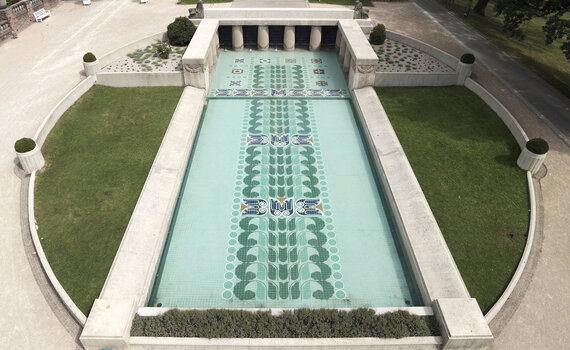