In the middle of the ensemble on the Mathildenhöhe is the Russian Chapel, a richly decorated building erected independently of the artists' colony at the end of the 19th century. One of the sisters of Grand Duke Ernst Ludwig married Nicholas II, the last Russian Tsar. This sister Alix, granddaughter of Queen Victoria, converted to the Russian Orthodox faith and now called herself Alexandra Feodorovna. A chapel was built for the visits of the Tsar's family according to the plans of Leontij Benua; the artistic decoration was designed by the Symbolist painter and avant-garde artist Victor Vasnezov.

A finely crafted mosaic in the apse of the church depicts the Virgin Mary with Child, clearly visible from the nave as only separated by a half-high iconostasis. This mosaic was made in the workshop of the Frolov brothers in St. Petersburg, which still exists today. An ornamentation designed according to Byzantine models but also using the formal vocabulary of floral Art Nouveau covers the wall surfaces up to the drum of the dome. Rich decoration and a variety of materials also characterise the exterior appearance of the chapel. The golden shining domes as distinctive features of Russian churches are in harmony with the bright ringing of the bells, which still have to be operated by hand. Today, this jewel of Russian architecture is the church of the Russian community of Darmstadt and can be visited when there are no services. 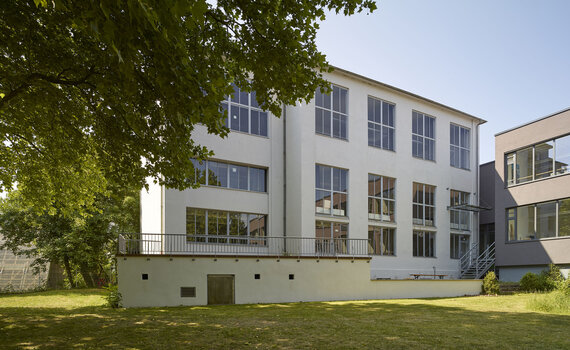