As soon as the 1904 exhibition on the Mathildenhöhe was over, the idea was born to plan an exhibition next that would show products of Hessian craft only. In keeping with the theme of this show, the building erected for this "Hessian State Exhibition of Fine and Applied Arts" in 1907–08 was to be planned according to "Old Upper Hessian characteristics". The client was the "Gesell­schaft zur Errichtung eines ober­hessischen Aus­stellungs­hauses in Darmstadt, G.m.b.H." (society for the erection of an Upper Hessian exhibition building in Darmstadt) based in Gießen. This office was founded especially for the Darmstadt exhibition of 1908, with the aim of not only commissioning local craftsmen and artists for the architecture and interior design, but also making sure that Upper Hessian materials be used.

Instead of the originally planned architecture based on regional traditions, Olbrich designed a functional cube characterised by light-grey surfaces and pilaster strips of Upper Hessian basalt lava. In addition, with a loggia facing south Olbrich combined elements of the Italian Renaissance and a block-like, clear construction. Through the open loggia one enters the garden, in which a small garden house with interior decoration designed by Jacob Krug has been preserved. The mansard hipped roof provides space for spacious attic rooms with large dormers. A porch reaching to the street served as entrance. It was not restored after war damages.

After the end of the exhibition, stove manufacturer Roeder was able to purchase the house designed as a residential building. Today it is owned by the City of Darmstadt and houses the offices of the Institut Mathildenhöhe on the ground floor.

The building, the fabric of which is still in good condition, has undergone changes due to the effects of war and changing uses: Not only the vestibule is missing; the interior has also been converted to be used as a two-family house. 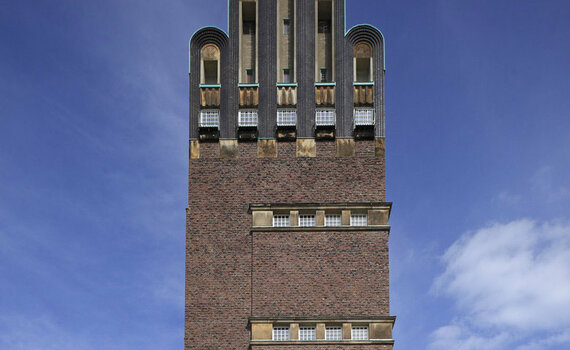 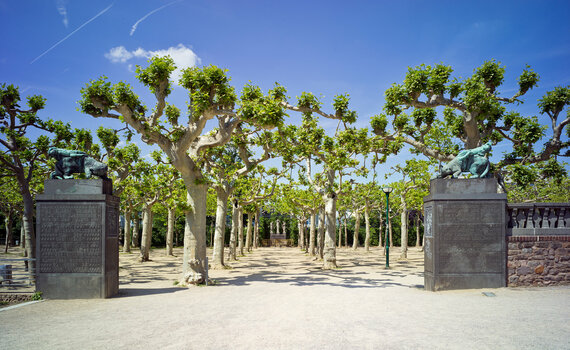