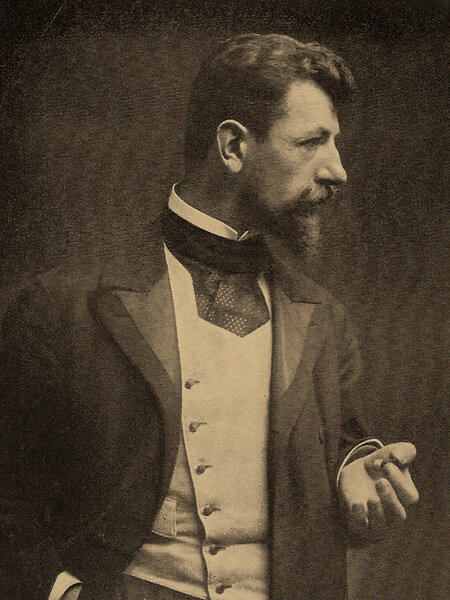 Rudolf Bosselt learned the profession of chaser in the bronzeware factory of Otto Schulz in Berlin, then attended the Kunst­gewerbes­chule (school of arts and crafts) in Frankfurt a. M., and finally worked as a sculptor and chaser. After returning from his years of study in Paris in 1899, Bosselt received several awards for his work, whereupon he was appointed to the Darmstadt artists' colony. Here he designed, for instance, the two victory genii on the portal of the "Ernst Ludwig House" and the oriel sculptures on the "Small Glückert House". After 1903, further stages of his work as a teacher and sculptor were Düsseldorf, Magdeburg, Braun­schweig, and finally Berlin.