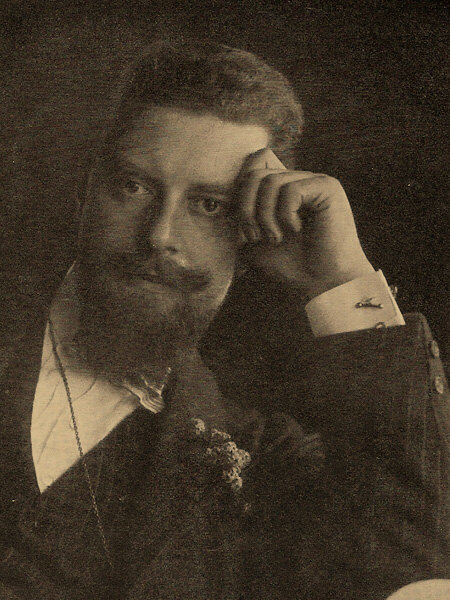 Peter Behrens learned painting in Karlsruhe, Düsseldorf and Munich. He became a co-founder of the Munich Secession in 1892 and of the "Vereinigte Werk­stätten für Kunst im Handwerk" in 1897. From 1899 to 1903 he worked as a member of the artists' colony in Darmstadt, where his earliest work as an architect, his own house, was built. From 1903 to 1907 Behrens headed the Düsseldorf Kunst­gewerbes­chule (school of arts and crafts). In 1907 he was among the co-founders of the Deutscher Werkbund. In the same year, he was appointed to Berlin as artistic adviser of the AEG company. There he had a decisive influence on the development of modern industrial design. 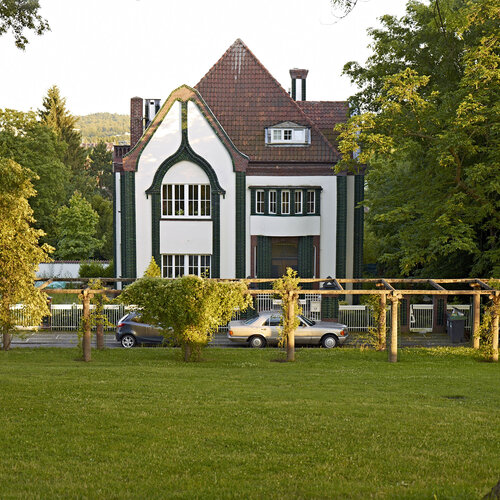