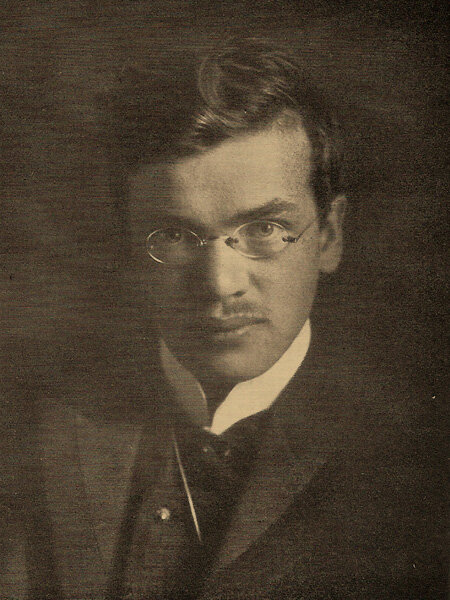 Huber first studied in Mainz at the Kunst­gewerbes­chule (school of arts and crafts), then moved to Munich to study painting, where he also dealt with interior design and applied arts. Through articles in the magazines "Deutsche Kunst und Deko­ration" and "Innen­dekoration" Huber also attracted attention in Darmstadt and in 1899 he was appointed a member of the artists' colony. There he designed interiors for instance for the Glückert and Habich houses. The artist was able to move into an apartment in the Ernst Ludwig House which he had furnished according to his own designs. In 1902 he left the Mathildenhöhe and founded his own studio in Berlin. There Huber worked at times together with Henry van de Velde. He was only 24 years old when he took his own life in 1902.