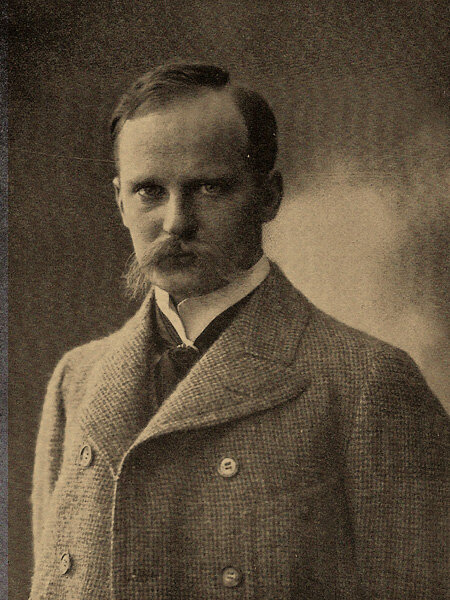 Ludwig Habich studied sculpture in Frankfurt, Karlsruhe and Munich and became a member of the artists' colony on the Mathildenhöhe in 1898. His "Darm­städter Zimmer" (Darmstadt room) was shown at the World Exhibition in Paris in 1900. For his hometown, he created the monumental sculptures in front of the Ernst Ludwig House on the Mathildenhöhe as well as numerous works of art in public spaces. Habich also became well-known for his bronze figures, plaques and designs for the decorative arts. From 1901 he taught at Adolf Beyer’s school of art in Darmstadt and from 1906 at the Technical University in Stuttgart. His house on Mathildenhöhe was so badly damaged in 1944 that he moved to nearby Jugenheim.