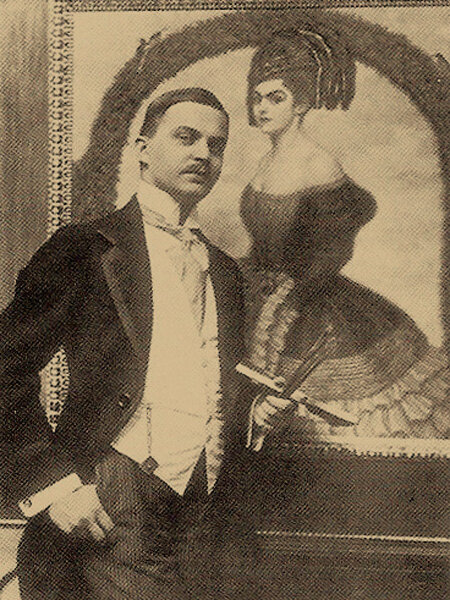 Pellar first studied at the "Graphische Lehr- und Versuch­sanstalt" in Vienna and was then able to attend the Vienna Academy. When he moved to Munich, he was accepted as a student of Franz von Stuck, who had a lasting influence on his painting. Now Pellar received commissions for "Lustige Blätter" and "Simpli­cissimus" and illustrated the fairy tale book "Der kleine König" by Fritz Ostini. In 1911 he was appointed to the artists' colony in Darmstadt, where some of his works were shown in the Ernst Ludwig House. In collaboration with Edmund Körner, Pellar was commissioned to paint murals for the music rooms of two villas in Essen. In Darmstadt, the painter became known above all for his colourful and slightly ironic portraits of the Grand Ducal family and the aristocratic circle, which earned him the nickname "painter of elegance". He also created fine miniatures painted on ivory for the Grand Ducal collection.