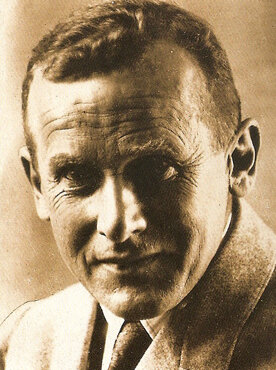 After attending the Kunst­gewerbe­schulen (schools of arts and crafts) in Zurich and Munich, Fritz Osswald studied painting at the Academy of Fine Arts in Munich. In 1904, he was able to exhibit works in the Munich Glass Palace and the Munich Secession also showed his paintings. In 1913, he took part in a show at the Darmstadt Kunsthalle and was subsequently appointed a member of the Darmstadt artists' colony. In the last exhibition of the artists' colony in 1914, Osswald showed landscape paintings, wall paintings and some portraits. Born in Switzerland, Osswald was called up for military service in 1914, but returned to Darmstadt on leave of absence before the end of the war and only left the city again in 1919. Living in Switzerland for a short time, he finally moved to Starnberg in 1922.