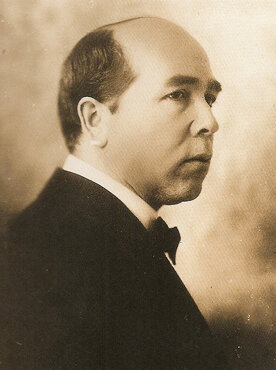 After an apprenticeship as a stonemason and several years as a journeyman in various companies, Hoetger finally attended the sculpture class at the Düsseldorf Academy of Arts. An excursion of the students in 1900 brought him to Paris. The young, still unknown artist worked in Auguste Rodin's studio and was soon able to sell some sculptures to galleries. He was inspired by Aristide Maillol to change his formal language. In 1908, the patrons Selma and August von der Heydt provided the sculptor with a permanent position in Elberfeld, where Hoetger worked until his appointment to the Darmstadt artists' colony. For the Artists’ Colony Exhibition of 1914 he was commissioned to create sculptures for the plane tree grove.

With his art and architecture, Hoetger also left his mark on the artists’ colony in Worpswede, where he worked and lived from 1914. Commissioned by the coffee merchant Ludwig Roselius, from 1918 he designed the expressionist Böttgerstrasse in Bremen. The artist sought refuge in Switzerland in 1943, where he died in 1949. 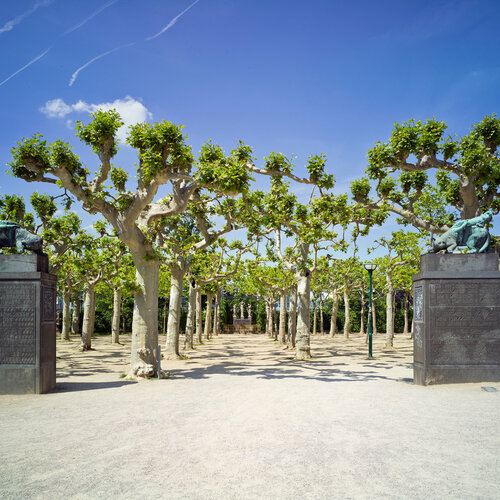 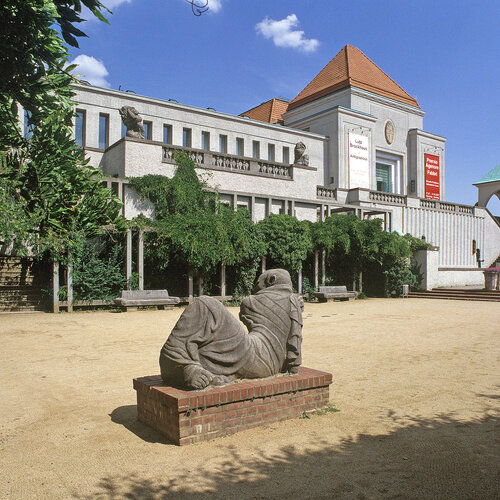